Those are wedding bells you’re hearing for hard-boiled pen-man James M. Cain, who took the occasion of the granting of Aileen Pringle’s divorce petition to announce that he intends to wed singer Florence MacBeth in October. The bride, widow of Captain Edward Whitwell R.A.F., has had a succesful stage career with the Chicago Grand Opera, despite sporting so dangerous a name. Post-nuptials, the lovebirds are off to Louisiana, where Cain intends to research a civil war novel while Flo begins her memoirs.

All Betty Rockwell MacDonald, the pretty, poised and wealthy 24-year-old wife of Robert MacDonald, wanted was for her husband to stop threatening her. And for him to get a job. He hadn’t worked since 1945.

Robert, 27, a former Lt. who received three Purple Hearts, a Silver and a Bronze Star in the European theater, has been receiving psychiatric care at the VA. This may have helped when Betty filed for divorce five months ago, agreed to reconcile, and recently began making divorce sounds again. Unfortunately, Robert’s shrink didn’t insist he remove his collection of war weaponry from the family home at 822 Warner Ave.

Last night, Betty phoned her attorney and insisted on revising her will. Now. She was not, she claimed, being threatened, but nonetheless she could not wait. And so her $100,000 fortune was to be shared by the MacDonald children, John, 6, and Eilen Gay, 11 months, with Betty’s mother as executrix.

Robert slept in the den last night, and was surly when Betty woke him to move his car so she could take little John to the dentist. The couple ended up in their upstairs bedroom, where they scuffled and argued. Nurse Constance Baker ran upstairs and saw John come hurtling out of the room as if tossed. Then gunshots: chest and head for Betty, mouth-shot for John. Both DOA, a sad finish to the story that began with the pair’s elopement in 1940.

The MacDonalds blasted away at each other upstairs in this handsome home. Blam, blam, blam. Sure, John and Eilen had a few damaged cochlea from mommy and daddyâ€™s early-morning playtime, and while 140 db(a) damage will fade over time, the psychological effect will cause the tympanic membrane to vibrate. Forever. 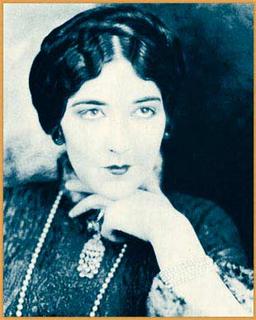 Finalized today was the divorce of one-time silent screen starlet and fruit company heiress Aileen Pringle, 46, and crime novelist James M. Cain, 55. The pair were wed three years ago in Santa Monica, but separated last year. In her complaint, Mrs. Pringle, who was formerly married to Jamaican aristocrat Charles McKenzie Pringle and romantically linked to H.L. Mencken, charged that Cain was a “moody, melancholy and grim” husband, who “built mental dungeons instead of castles in the air.” In a letter to Mencken in 1946, she quipped “If I had remained married to that psychotic Cain, I would be wearing a straight jacket instead of the New Look.”

***
You can tune into BBC 5’s bogging and podcasting show Up All Night this evening at 6:50PM PST to hear an audio tour of downtown Los Angeles that your cranky bloggers recently gave to visiting London journalist Chris Vallance. You can listen live here, or download for later podcasting from the station’s archive here.

Chris got a ton of our blathering on tape, so I can’t even tell you what topics will be covered, but Nathan was raving quite charmingly 90% of the time, so I reckon you will hear raving. Please check it out, and put any comments on the show in this post.

Tenants Say Power Cut Off To Evict Them

Residents of the bungalow court apartments 8527-8531 West Third Street have filed a complaint with the City Attorney, claiming their landlord has cut off their electrical power in a bid to drive them out of their homes so he can rent them as business offices. For the past ten days, Dan Clough, Robert L. Springfels and Harry S. Bent have been living by candlelight and stocking their iceboxes with, well, ice.

James Hay, who lives uncomfortably close to his disgruntled tenants at 8517 West Third, previously attempted to raise their rents from $50 to $200 a month when the rent controlling Office of Price Administration (OPA) briefly ceased to exist last year. As soon as the new rent control went into effect this August, he served his tenants with eviction notices, and on August 30 turned off their power.

Bungalow courts make this town habitable. Sure, theyâ€™re full of murder and mayhem and power-cutting, eviction notice-serving landlords, but theyâ€™re also succulent little communities of Craftsman shingle and Spanish stucco and night-blooming jasmine and little spaces for your coupe. Fortunately, theyâ€™ve mostly fallen to the bulldozer, allowing things like this to be built. I could not and did not ascertain whether this was the Cedars cancer center or the parking structure for the Cedars cancer center, since I didnâ€™t want to venture too close and catch the cancer. 1947project and Los Angeles Time Machines invite you to join them on a voyage into the past. To a time when no one knew their cholesterol numbers, and rye was both a bread and a beverage. A time of girdles (and trusses), not of Pilates. A time of hair-dos, dancing shoes and carrying a dime in mad money. A time of fabulous independent restaurants run by well-dressed gentlemen who understood their customers’ needs and how to make every visit an occasion. Happily, we’re still in that time, and we’d like to share with you one of the region’s most extraordinary and little-known dining treasures.

The event: a gathering for fans and friends of the blog 1947project (http://1947project.blogspot.com) and the website Los Angeles Time Machines (http://www.latimemachines.com) to talk with others about historic LA crime, dining and culture.

We’ll start at 5pm with cocktails and conversation in the astonishing vintage 1946 lounge, a dim-lit symphony in shiny copper, stained glass and Adirondack chairs with arms wide enough for the fattest tumbler. Around 7, we’ll move on to dinner for those who wish to stay. Bring your appetiteâ€”and your walletâ€”as portions are huge but not cheap. Steak ‘N Stein is the first restaurant in the Clearman family chain, which also includes several North Woods Inns and Clearman’s Galley.

For more info about this gathering, and to RSVP (not essential, but appreciated), contact Kim Cooper of 1947project, amscray@gmail.com.

For nearly a week, a broken truck has been parked just off Wilshire Blvd. Inside it, always inside it, Mr. Samuel C. Pirkey and his five tots, ages 2 through 10.

The family came out from Detroit in their “covered wagon” in hopes of finding work and housing, but the truck broke down before they found either. Mom was able to get a temporary gig at a cannery in the Valley, leaving dad to putter with the truck and watch the kids all day. By night, they all cram into their wheeled studio apartment, and dream of the California paradise they imagined while on the road.

Three cars full of cops hid on the dark highway just outside of town, waiting for the trio who’d robbed a Ventura cafe of $26 earlier in the evening. Around midnight, the fly was snagged in one of the lawmens’ webs.

Pulled from the car was 14-year-old Mrs. Beverly Lynch, blonde-haired mother of a 2-year-old daughter and 7-month-old son, all residing at 723 1/2 W. 8th Street. Also her husband Robert David, 19, and their 20-year-old accomplice Leroy Ulrey, Jr. of 806 S. Westlake Ave.

It’s believed that in this as in four previous robberies in the Los Angeles area, the Lynches stayed in the car while Ulrey went inside and held up victims with a .22 caliber revolver. Wonder how much of the loot went to pay the babysitter?

Further reading: The Encyclopedia of Robberies, Heists, and Capers