August 31, 1947
Baldwin Hills
When electrician Walter Haselbuch saw two men waving red-bulbed flashlights at the intersection of Jefferson Blvd. and Harcourt Ave., he assumed they were police officers, perhaps operating one of the LAPD’s celebrated (and ACLU-defying) crime-stopping blockades. But when he pulled over, the men robbed him of $186 in cash, a $150 watch and a ring valued at $1700.

Suggested listening for prospective flashlight bandits: Waiting for the Electrician Or Someone Like Him (Firesign Theater)

Canâ€™t help but get the feeling that Haselbuch was something more than an electrician. I donâ€™t know what those fellows were doing with their flashlights on the corner that night, but they werenâ€™t looking for an honest man. 18-month-old Robin Maria Dier found a little piece of metal, a bolt or a screw, at her home at 6323 Primrose Ave., and playfully stuck it in her mouth. Her mother saw her do it, and tried to take it away, but the child toddled off without releasing her prize.

A few moments later, she was gasping and turning blue. The Fire Department inhalator squad arrived and fed oxygen to Robin for 90 minutes, while Dr. Nicholas Mamulario of Hollywood Receiving Hospital performed a tracheotomy. Her condition appeared to be improving, so the technicians prepared the child for the trip to Children’s Hospital. Then she died.

Suggested reading: How to Baby-Proof Your Home

Ruth Alice McLaren, 15-year-old runaway, has turned up in Ann Arbor, Michigan after her overly generous tips to a beautician raised the snipperâ€™s suspicions. Now her mother is heading East to reclaim the young lady from the local juvenile hall, while Ruthâ€™s invalid father Russell steams at home at 23 Fano Street.

What of the $2400 in cash (meant for the girlâ€™s college education) that she pinched from the fruit jar last time she left the house? While the girl initially told officers she was a war widow on the run from her in-laws, she quickly â€˜fessed up. Seems she met a man in a Pasadena movie theater, and agreed to pay both their ways to Ann Arbor, where her friend said he planned to enroll at the University.

Ruth was a big spender-but mainly on herself. In addition to visiting the beauty parlor, she bought a fur coat, flashy duds and a radio. So who can blame her pal for taking a powder with $1000 of the fruit jar bounty soon after they reached the Mitten State?

But thereâ€™s $402 left in the kitty. Which should be just about enough, after travel expenses, to pay Ruthâ€™s way through beauty school, where if sheâ€™s very lucky sheâ€™ll run into tippers as big as herself.

Aye, wee Ruthie McLaren, a gal after my own heart. Any fifteen year-old with a penchant for thievery, and men met in movie houses, quickens the heart of this tender lad. Sure, she might have been better off at the College of Ave Maria than at Maryâ€™s Beauty College, but with her autodidactic doctorate in Acquiring Fur Coats, apparently she doesnâ€™t need either institution. And what, pray tell, is the deal with this structure â€“ had it been a modest battenboard-clad house, onto which were built multiple units? Only Ruthie can tell us now. I picture her as still smelling faintly of delicately toasted host wafers, and sacramental wine, and freshly dressed hair.

Mothers-in-law are bad enough-but no one ever told David Richard, 22, what a pain in the caboose his STEP mother-in-law would be.

When young David left his room at 424 N. Alfred Ave. today on his way to the wholesale house where he works, he discovered his wifeâ€™s stepmother, Mrs. Rose Wolfeld, 54, snoozing in his car.

In retrospect, he ought to have taken a trolley, but he woke the woman–and was she ever in a mood. She began by berating him for failing to provide a home for her poor grayed head, and when he got behind the wheel she whipped out a metal bar and clocked him a few times on the noggin. He ran to the house with step-mamma in mad pursuit, while wife Louise, 19, watched in horror.

The victim never did make it to work, spending the day at the Hollywood Receiving Hospital getting stitches in his scalp and on his right wrist (defensive wounds). Mrs. Wolfeld meanwhile was booked on suspicion of assault with a deadly weapon.

David told police that he and Louise married last March, and had been fending off Mrs. Wolfeld ever since. She insisted the couple provide a home for her, but when they moved into the single room on Alfred Ave. three weeks ago, they made it clear that there was no room for the extended family.

Mind you, if Mrs. W had gotten in a couple more whacks, there just might have been-.

No bludgeon-toting mothers-in-law hiding out in the Mustang, I checked. Single room? Maybe that’s what they told the old crone. ‘Cuz while it’s not a big house, Dave and Louise could have fit the fiftysomething somewhere. Provided she was bound and gagged.

Police are investigating the strange death of Mrs. Susanne Smith Castillo, 23-year-old bride of Dr. Manuel De J. Castillo, who operates “medical clinics” at his home at 480 West Vernon Ave. and at 1250 West Santa Barbara Ave. Mrs. Castillo, a native of Charlottesville, VA and widow of a wealthy New York patent attorney, was discovered dead in a half-filled bath at the Vernon Ave. address by Jesus M. Castillo, her brother-in-law and a technician at the clinic. There were bruises on her head and a laceration near her temple. An autopsy is pending

I longed to see the lair of the mysterious Dr. Castillo. Where he gave â€œtreatments.â€ There was no end to the maladies for which one could be treated-while there were many fine physicians in Los Angeles, of course, every quack and quacklet was quick to advertise instant relief from piles, fistulae, nervousness, abscesses, alcoholism, insanity, varicose veins-and while the strange drugs were bad enough, one has to wonder at the claims made for â€œdrugless therapiesâ€ which, we can only surmise, involved bathtubs somehow. Like at 480. So I set off. On Saturday night, officers B.J. Daily and R. W. Douglas broke up a fight between a couple who were brawling in the middle of Santa Monica Blvd. at Purdue Ave. The man had a gash between his eyes, and both seemed drunk, so while they seemed a little more refined than most of the lushes, down they went to Lincoln Heights Jail with the rest. 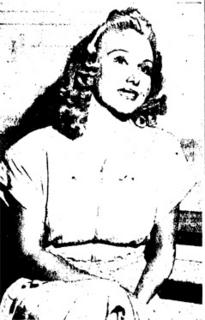 Turns out â€œrefinedâ€ is the right word-the gent was John D. Spreckels III, 36, debt-ridden heir to the sugar fortune, the lady his 37-year-old wife. Lou Dell Spreckels denied that she was drunk, explaining that they were fighting because she had refused to give John money to go gambling, and so he had struck her. â€œWhat are you going to do when someone starts hitting you? So we had a fight.â€ Makes sense to us!

Both gave their address as a motel at 2500 Santa Monica Blvd. They were each released on a $20 bond and ordered to appear in court at 2pm today to answer the public intoxication charge.