Looking down toward the 100 block of West 59th, we see itâ€™s the only one in the neighborhood with these cat-tempting trees. Did Mrs. Waters consider this before she moved in? Apparently not. Hereâ€™s where Smokey (and before her, her kitlets) landed in the grass. Sure, people talk about how rough and tough South Los Angeles is, and Iâ€™ve had some exciting moments down there, but Iâ€™ve also been in the ghettoes of Gary and Camden and New Orleans and DC, and Iâ€™ll take a shingled Craftsman with exposed roof beams and a separate gabled porch any day of the week.

ACLU representative A.L. Wirin, an attorney, is asking Superior Judge Henry M. Willis to rule that those recent Â“crime crusherÂ” street blockades are unconstitutional and must be stopped. The search and seizure of property belonging to people who just happen to be driving through a blockaded intersection is, Wirin states, Â“intolerable and unreasonable.Â”

Police claim a decrease of 18.2 percent in reported crimes in the blockades sections of the city, and seek to continue the practice. In an affidavit filed at the Court, Assistant Chief of Police Joseph Reed insisted that only cars containing Â“suspicious charactersÂ” were being searched, and that for law-abiding citizens, the stop was no more inconvenient than a traffic light. A side issue is the fact that public funds are being used to finance the blockades.

Suggested reading: In Defense of American Liberties: A History of the ACLU 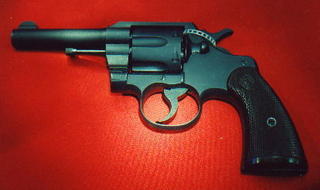 While chatting with his gal on the phone, Robert Davis, 21-year-old trucker, spun the revolver heâ€™d been cleaning around on his finger. The gun discharged, expelling a bullet into Robertâ€™s gut. Kay Hite heard the explosion, then silence, and raced from her home at 7461 Darby Ave. to Robertâ€™s place, 7348 Jamieson Ave., where she found him lying on the floor. Currently, Robert is at Birmingham General Hospital in serious condition. Heâ€™ll be in worse shape when his brother Donald, a Valley Division cop, finds out what the kid did with his .38 Colt Commando. 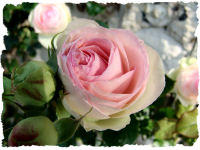 Before Valentine B. Lawless went off to war in 1944, he indulged himself in a little piece of fancy. At 36, he was still as romantic as his unusual name suggested. And so he left a special provision to his will, to be read only in the event of his death by his brother Edward.

After Valentine did die, in a plane crash at Linz in October 1944, Edward discovered that his brother had been hopelessly besotted with a girl who loved another. In death, he wished that his estate–$3600â€”be used to support the weekly delivery of one perfect, anonymous rose to his secret beloved. It was his idea, he wrote, â€œto furnish the girl with the pleasure of receiving the rose, not to have her think of me because I sent it to her.â€

But just as Valentineâ€™s personal name reflected his character, so did the familial surname reflect sister Margaretâ€™s. She contested the will on the grounds that it was â€œnot practical,â€ and in so doing caused Valentineâ€™s secret wish to become fodder for the national press, as well as the local rags. It is reported that the unnamed lady of the bequest is married and living in the Virginia Tidewater section.

Mrs. Edith Velasquez, 28, canâ€™t handle her son, but her husband can.

Earl L. Daily is 12, and big and strong as a grown manâ€”unfortunately, he still has the brain and impulse control of a child. When husband Florian, a laborer, is at work, Edith cares for her six other childrenâ€”Marcellina, 11, Florian, 9, Geraldine, 6, Marie, 5, Winona, 4 and Dickie, 3. And she chains Earl, her child by a previous relationship, to a bed in their 3-room house at 19006 Wilmington Ave.

For the past four years, Edith has been trying to get Earl admitted to the Pacific Colony Home, but the institution hasnâ€™t had room for the boy. Lately heâ€™s taken to running away. So he spends his days padlocked to the bed in the room he shares with five of his siblings, with occasional visits to the yard. Heâ€™s only unlocked when his stepfather is home and can control him, and catch him if he runs.

It must have been one of those chained stays in the yard that led to the visit from the juvenile division officers, who came to inquire and learned that Earl and his 6-foot length of chain had been intimate for the past five months. Theyâ€™re working on arranging a formal committal to an institution, which will leave the Velasquez family free to concentrate on their other children.

Edith expressed hope that Earl might fare better in his new home. â€œIt will be so much better for him there. Heâ€™s never been to school, and maybe at the right place they can teach him something. Last year heâ€™d try to get on the school bus with my other children. But the driver knew him and would always send him back home. Heâ€™s always talking about school.â€

See also: A history of the National Association for Retarded Children (ARC) 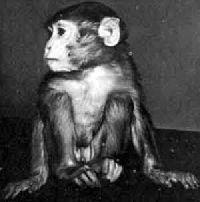 Monkey on the loose! Tiny Chris, a Panamanian Rhesus monkey recently mailed to Pasadena as a household pet, spent the weekend swinging around the 1100 block of Rose Avenue, ignoring the increasingly frenzied calls of owner Mrs. Ruby Whitehead. The little guy spent his freedom hopping from tree to tree, occasionally dipping down to harass a chicken in its coop.

Neighbor Pearl Scanlon spotted him at 1151 Vinedo Street and called the police. The cops turned the matter over to the Humane Society, but they couldnâ€™t catch him, either.

Chrisâ€™ lost weekend came to a natural end when he got weak from hunger and hung listlessly from a eucalyptus. When Ruby came by, Chris permitted her to bring him home to 1103 Rose Ave., where he feasted on grapes and bananas and was repeatedly reminded what a bad little sweet wee rotten monkey darling he was.

Hereâ€™s the house at 1103, whence came all the dingdang monkeyshines. While any eucalyptus along the 1100 block of Rose seem to have disappeared long ago, there is no shortage of oaks for our simian brethren to cavort amongst. The absence of automobiles probably has something to do with the localsâ€™ wish to keep hurled feces from spattering their cars. Ex-Murder Hoax Figure Back in the Papers

Remember Eugene H. White, the 31-year-old engineer who apparently vanished out of his blood-splattered car over the Valentineâ€™s Day weekend, only to show up two weeks later in Seattle-town with an eight page manifesto blaming his troubles on a civilian version of combat fatigue? Well, Genoâ€™s in the news again today.

Seems city inspectors complained that the addition he was putting on the White manse at 22304 Providencia St. sported a ceiling that was five inches too lowâ€”fine if he was building for snakes, not so good for a growing family. So Eugene, unemployed since the Seattle incident and harried from housebuilding while wife Elizabeth and the kids summered with family in Ann Arbor, did what any frustrated home builder would do: he set the house on fire.

As it burned he became remorseful and tried to stop the licking flames with his handy hose, but by then it was too late, and neither Eugene nor the combined hoses of four Reseda and Canoga Park fire companies could save the six-room structure. Arson officers arrested Eugene as he watched it burn.

Down at the Van Nuys Jail, he told reporters that the house had been a jinx all along. Weâ€™ll see if his wife agrees when she returns from Michigan.

The crows and ravens of the Santa Barbara orange and walnut groves cower on the wing before the 20-, 16- and 12-gauge shotguns of Richey Haddon, bloodthirsty claimant of more bounties on the pesky avians than any other Californian. Fish and Game pays 15 cents a bird, so Haddon shoots them out of the sky–4681 since the bounty was enacted in September 1945 (thatâ€™s $213.45 in crow cash).

Haddon doesnâ€™t just shoot crowsâ€”he eats them, and sleeps on a mattress stuffed with their pin feathers.

The Killer of Crows lives at 1209 W. 38th Street, an address migrating birds will want to avoid (or perhaps crap on, under cover of night). 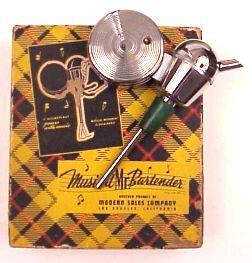 The state is growing, but it’s becoming less thirsty–or so it appears from a State Board of Equalization report issued today, which pegs the May 1946 liquor consumtion rate at 1,891,669 gallons of the hard stuff, May 1947 a paltry 1,192,228. The liquor industry is nervously suggesting a return to the 25Â¢ cocktail…. but mayhap the numbers aren’t what they seem to be. We can think of any number of misleading reasons for such a drop. Take the poll below to chime in with yours (multiple answers are okay).