The Spreckles House of Crazy Times: And the Connor residence, where the Crazy Times come and inundate like so much floodwater. Note the map of the area. Looks like, well, the area where one encounters the female pudenda, wouldnâ€™t you say? Which bears a striking topographical similarity to this area — (The street layout also resembles a candelabra, which further serves to implicate Spreckles as a Hebrew. With Yom Kippur just days away, Spreckles was obviously making certain he had plenty to atone for.)

Superior Judge Charles S. Burnell was all ears today when Edward G. Lamel, next door neighbor of pedigreed Irish Setters Pat and Gunner and their late master Carleton R. Bainbridge, took the witness stand on behalf of Bainbridge’s brother Sherman to testify about the dogs’ taste in motion pictures. Lamel, an engineer for the county, stated that Bainbridge often remarked on his pets’ preferences. The dogs were big animation fans, and enjoyed Mickey Mouse cartoons and Walt Disney’s Snow White and the Seven Dwarves.

Wycoff Westover, counsel for the doggys’ executor, Charles Connelley, stipulated with Sherman Bainbridge’s attorney that while the dogs do talk, they do not speak English. At issue is $30,000 which has been left to the dogs, disinheriting Bainbridge’s human relatives. 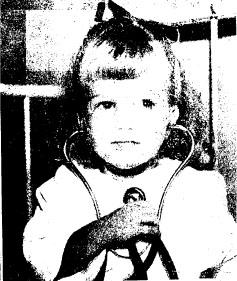 Judy Beltramo, aged 2 1/2, nibbled the tiny sleigh bell off of her charm bracelet this morning in the family manse at 3744 Cherrywood Ave. Her parents didn’t notice until the tyke alerted them to her transgression. Then it was off to Georgia Street Receiving Hospital, where the doctor placed his stethoscope on Judy’s throat and perceived the presense of the bell. But don’t worry that Judy will be jingling evermore: she’s been sent to Childrens Hospital, where they have special tools for removing things from throats. 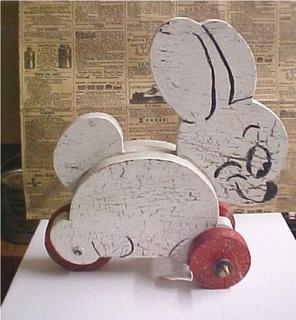 Children’s furniture designer Irmi Gross has a new item in her arsenal: an automatic spanking machine shaped like a widdle bunny wabbit. The 2 1/2 foot tall bunny holds a rubber paddle in one paw, which can be set in motion by a foot pedal. This leaves mama’s hands free to hold her little darling still as the mean old bunny wacks the heck out him. Miss Gross, who has clearly thought a great deal about the subject, predicts that mothers of the future will take their ill-behaved spawn to soundproofed public spanking parlors, where rows of children will be simultaneously walloped by robots. What will they call this brilliant invention? The Spank-O-Mat.

Further reading: Beating the Devil Out of Them: Corporal Punishment in American Families

Panicked citizens of Louisiana’s low-lying shore, woken by a 1:15am weather advisory warning that a 140mph hurricane might reach the mouth of the Mississippi by early afternoon, frantically sought to flee into the New Orleans tonight even as the river’s waters, driven by rising wind and tide, sloshed over the city’s vaunted levy system. A huge shelter with 800 beds awaited the escapees inside the Municipal Auditorium.

New Orleaneans hold great pride and confidence in their river levy system, but it has never before been tested by a strong hurricane. The levies were built in response to the devastating storm of 1915.

Severe damage has already been felt throughout southern Florida, with an estimated $25,000,000 loss to the citrus industry and 188 buildings destroyed in Ft. Lauderdale. Also threatened by the storm are Biloxi, Gulfport and other important tidal towns.

Two days before he died in February, attorney Carelton R. Bainbridge, 63, rewrote his will to include a very unusual bequest. His entire estate of $30,000 was left in the trust of his friend Charles Connelley for the care of Bainbridge’s beloved 6-year-old Irish setter dogs, Pat and Gunner.

In court today to challenge Bainbridge’s wishes are several two-legged hounds from the dead man’s past, including his brother Sherman, who publishes a pension movement magazine, and Sherman’s daughter Marjorie. Also on the scene is Mrs. Christine Halstead Bainbridge, the woman Bainbridge wed (and deserted) in 1926. She has a 1925 Bainbridge will in which she plays a featured role.

Sherman Bainbridge’s attorney Harold A. Fendler intends to show that Carelton Banbridge was not of sound mind when he made the 1947 will. As evidence, he claims that the dead man regularly took Pat and Gunner to the movies, where he would ask their opinions on the show. He believed the dogs could talk, and also read them bedtime stories.

Contractor Sam Murman, 58, was sentenced to one to ten in San Quentin today on a charge of collecting deposits of more than $38,000 from 44 ex-servicemen and their families for advance rent on an apartment project at 1414 W. 25th Street that could only accomodate twelve families. Murman blamed the discrepancy on the his illiteracy, claiming he kept all his contracts in his head and became confused. None of the victims ultimately gained occupancy in Murman’s building. Murman has filed for bankruptcy, but it seems unlikely that any of his victims will receive more than $100 of their $900 average loss. You can see why servicemen would advance their rent to secure a place in 1414. The bold geometric patterning of the entryway dabbles in the Late Moderne, and its wicked contrast with the canopy flourish over that shallow bay would make any GIâ€™s heart flutter. Ok, maybe thatâ€™s just me.

The wreckers pulled down the old residential hotel at 609 East 2nd Street today to make a parking lot for Western Telegraph employees. Built in 1888 to accomodate 64 persons, by 1916 it was known as Walton House, after the owner-operators. By 1935 it was known as Old Timers Village or more fondly as Bachelor’s Lair, in honor of its cranky population of ex-miners and construction workers who permitted no feminine touch to impose its frills upon their pragmatism. They cooked, cleaned and laundered themselves as they had during their working days. But no more.

There are still some ancient residential hotels, still full of crabby men (and men with crabs) in the area, but they are largely outnumbered by parking lots. Even Western Telegraph is gone, can you imagine? Residential projects are springing up in the neighborhood-weâ€™ll see many more old buildings coming down sooner rather than later, and Iâ€™d wager lofts will rise on this lot in the near future.