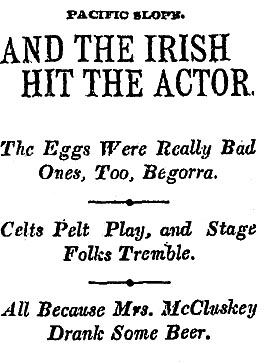 The Irish of San Francisco are furious over a play at the Davis Theater called â€œThe Belle of Avenue A,â€ which features a character named Mrs. McCluskey who drinks a glass of beer in the first act.

â€œThree times, about 40 people charged the stage and the actors and actresses feared they were about to be attacked,â€ The Times says.

â€œIndignant because the womanâ€™s part in the first act called for the drinking of a glass of beer, two score men, members of the Irish societies of this city, charged the stage and for half an hour refused to allow the play to go on.â€

The riot was reported to the police and the protesters were eventually thrown out of the theater. 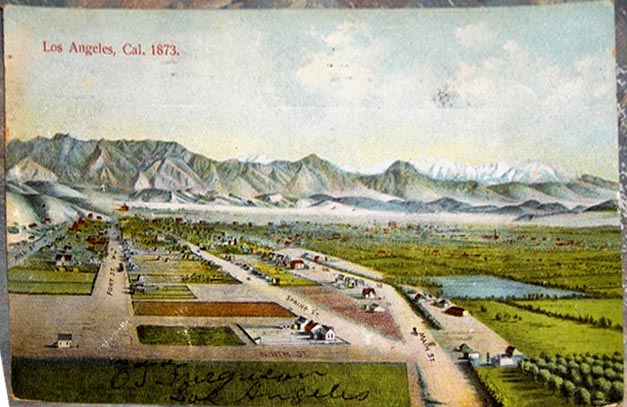 Los Angeles, before the days of Google Earth, at the junction of Main Street, Spring Street and 9th Street, 1873.